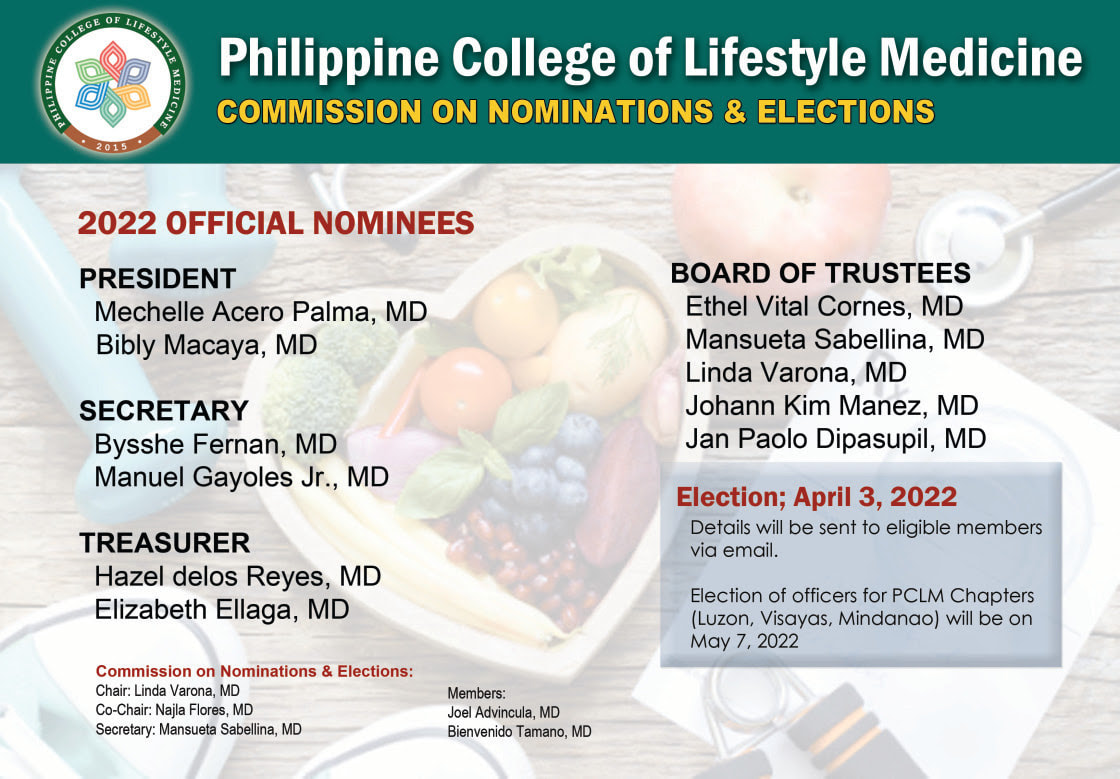 The founding and appointed Board of Directors should commission a Nominating Committee that will be responsible for validating candidates for the succeeding PCLM Board of Trustees, National and Chapter officers. The by-laws further specify that the administration and implementing authority of the PCLM shall be vested on the Board of Directors composed of at least five (5) members with the following qualifications:

The Board of Directors are to be elected from among the qualified members who shall hold the office for three (3) years and until their successors are elected and qualified. The term should be a maximum cumulative of twenty (20) years, after which he/she will be disqualified to run further.

The by-laws states that after the election of the Board of Directors, they must formally organize by election of a PRESIDENT, VICE PRESIDENT, a TREASURER and ASSISTANT TREASURER, a SECRETARY and ASSISTANT SECRETARY. Two (2) or more positions may be held concurrently by the same officer, however no one shall act as PRESIDENT and SECRETARY or PRESIDENT and TREASURER at the same time. The officers of the organization shall hold office for three (3) years and until the successors are elected and has satisfied the following qualifications:

MANNER OR ELECTIONS
Example:  Winning vote for Secretary: Bysshe Fernan, MD
Assistant Secretary: Manuel Gayoles Jr., MD
4. The link for online voting will be sent via email and will start at 9:00am to 4:00pm on April 3, 2022.
The Commission on Nominations and Elections will gather votes and provide the final report to the incumbent Board of Directors immediately after the election. The official result will be posted through email and PCLM social media.